A business proposal is a formal, written document that is often delivered to a client in order to get a certain job. A client may request a proposal in order to get a better idea of how a company would handle their pain points, or perhaps a company would send a business proposal unsolicited to see if they could gain work. It is an important element of invoicing and one of the key terms about invoicing to understand

A formal request for a proposal is often called an “RFP”, meaning request for proposal, and usually this process involves several companies all competing to work with another company. An unsolicited proposal is often a little less formal, and is mostly presented as a sales presentation and not as a formal document.

Differences with a quote or an estimate

It is important to note that a business proposal is not the same as an quote or an estimate. An estimate is simply that: an estimate of the scope of work to be completed and the costs associated with it. An estimate is not legally binding, and can change upon any circumstance. If ac company is asking for a business proposal, they typically want more than just an estimate of the amount of work and the cost – they want details, plans, and quality assurance. They want to know what a partnership would be like if they choose to work with that company.

Let’s have a look at the main sections of a business proposal.

After the cover letter, the proposal portion of the document usually includes a title page, a table of contents, an executive summary, a statement of the problem or job, the approach, methodology, bidder’s qualifications, schedule and benchmarks, cost proposal, payment schedule, and legal matters.

The title page includes your name along with the name of your company, the name of the company where the proposal is being submitted, along with the date of submission. The table of contents will guide the reader through the document so they know what to expect.

The executive summary is a brief statement of what is included in the entire business proposal. The statement of the problem or the job is a reiteration of what the client heard as a business problem by the company they are pursuing. For example, if a company is looking for an advertising issue, they probably expressed decreased revenue, and/or a lack of brand awareness. This would be addressed in this section of the proposal.

In the approach, the client is explaining how they, or their company, would solve the problem the company expressed. This is often the section of the business proposal that is either going to make or break the job. Use this section to show the company how you’d handle their situation and succeed.

The methodology section explains the tactics and, well, methods in which the approach will be carried out. This will help the company visualize working with you and help them decide if the partnership will work.

In the bidder’s qualifications, the client explains why he/she is the perfect person or company for the job. Think of it as a glorified resume. The schedule includes major benchmarks on the timeline for the project. And finally, the estimated cost is listed, along with any legal information.

If all goes well, a business proposal usually leads to the redaction of a business contract.

Yes Invoice is an online invoice software for freelancers and entrepreneurs. 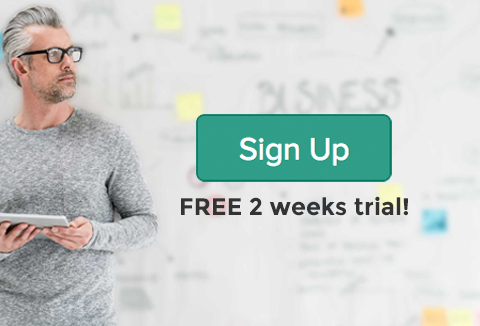 Signup for a free account and start improving your business efficiency.
Get started now for FREE »